Is an Electronic Will Valid? 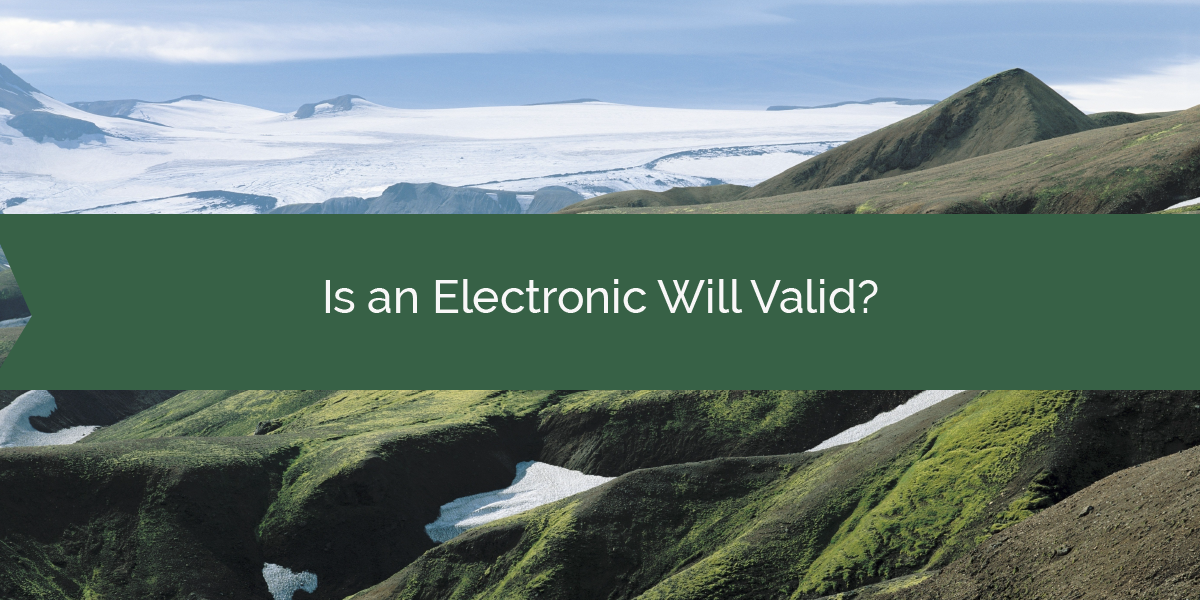 Is a will created on a tablet, mobile phone or  computer valid? An Ohio judge says yes, but most states have not addressed the issue. As electronic devices become more commonplace, this question will inevitably arise more frequently.

Javier Castro was in the hospital and wanted to draft a will. Because there was no paper handy, he used a Samsung Galaxy tablet computer and signed the will using the tablet’s stylus. His brothers also signed as witnesses.

After Mr. Castro’s death, his family printed out the will and submitted it to probate.  The judge admitted the will to probate, finding that it met the requirements of Ohio law, which are that a will be in writing, signed by the testator, and witnessed.

If the will had not been approved, Mr. Castro’s estate would have passed to his parents under state law, not to the people and organizations designated under the will.

Although the judge approved the will, he noted that the legislature needs to update the law to address electronic wills. Currently, Nevada is the only state that specifically provides guidelines for creating a valid electronic will. While electronic wills are convenient, they raise concerns about authentication and forgery.

In some states, electronic wills aren’t allowed. For example, Arizona and North Carolina accept only wills that are executed using paper.

The best way to make sure your will is considered valid is to consult with your attorney.  At Port Legal, we have the knowledge and the experience to help you navigate all of the potential issues that could arise with your will. Click here to get a free, no-obligation consultation with an attorney today.